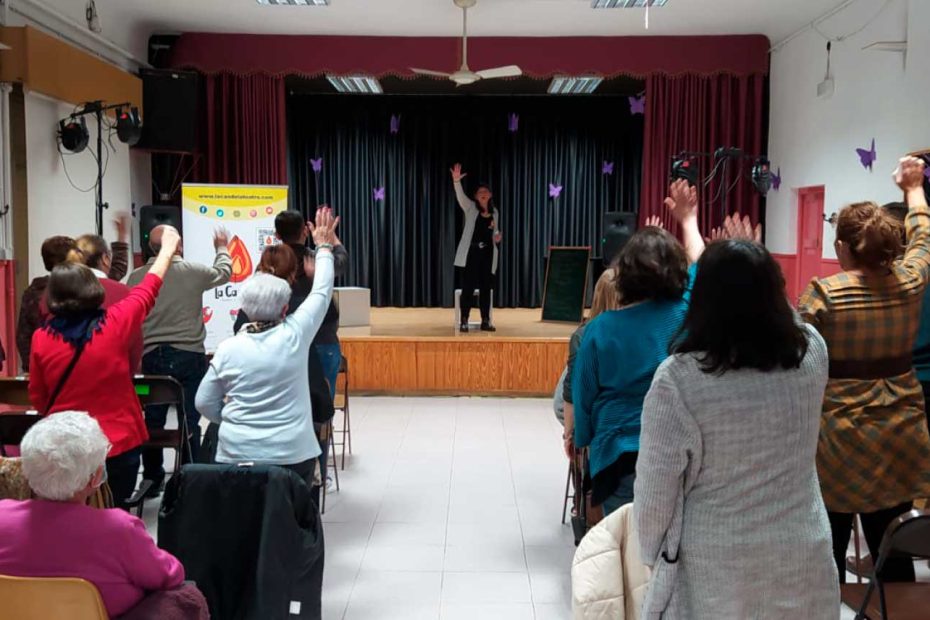 Forum theatre is one technique from the Oppressed Theatre created by the brazilian director, playwriter and teacher Augusto Boal in the 70s.

In La Candela Teatro we’ve spent years using this way for the social transformation in all of our theatre plays. It’s a different theatre production, not very usual in this side of the world. It doesn’t consist of a traditional theatre form. In this rare format, the show is divided into two parts. The first representative one, in which the scenes are shown and performed by the company cast, playing a very clear struggle. Then the second part is the forum one. This second part is based on the active participation of the audience, who also has the ability to change the situation they have just watched through the scenes. That is to say, they have the power to improve or even sort out the controversial situations that are being shown.

This participation is possible thanks to the arrangement in the duty of the ‘curinga’, which means ‘joker’ in portuguese. This is also known as the person who moderates the debate, the propositions from the audience stage and also the one in charge of sending specific questions to the attending participants about what has just been staged.

From our experience using this method, we have been able to observe that the audience has a huge power to change things. This is a very organic way to achieve their participation, so that they become active viewers of what they’re watching, take the floor and finally take action from that. After finishing each performance we use to say, rephrasing Boal’s words, that Forum theatre is actually a rehearsal for life.

And it really is. The audience becomes aware of this by coming up with small actions, improvisations and changes that modify many aspects. A tiny action has a relevant consequence in the environment and the people that are found in it. Whether we test those small changes in theatre, then it will be easier to perform in real life. And that is the essence of the forum theatre.

We know that we don’t make miracles nor do we believe that it’s a tool which acts like a magic wand capable of solving every problem and then changing the world. This isn’t about looking for magic solutions, but experiencing the collective power we have when we commit to improve something and we join together to do it. That’s when transformation happens.

It’s complicated to improve something individually when it affects all of us. However, we can achieve it together. That is the basis of our way of making theatre in La Candela. Our values as a theatre company are based on this idea: teamwork, collective creation and supporting each person that is part of the transdisciplinary team.

Every single time we act we have the opportunity to evaluate the impact that our plays causes to the people who watch it, taking into account that we perform to a wide and different communities: high school teens, elderly people from rural areas, migrants, people with disabilities, etc. Most of them haven’t experienced before the forum theatre, but certainly, they don’t leave the same way they have come. Something has changed in their minds and bodies. This happens in every target group. 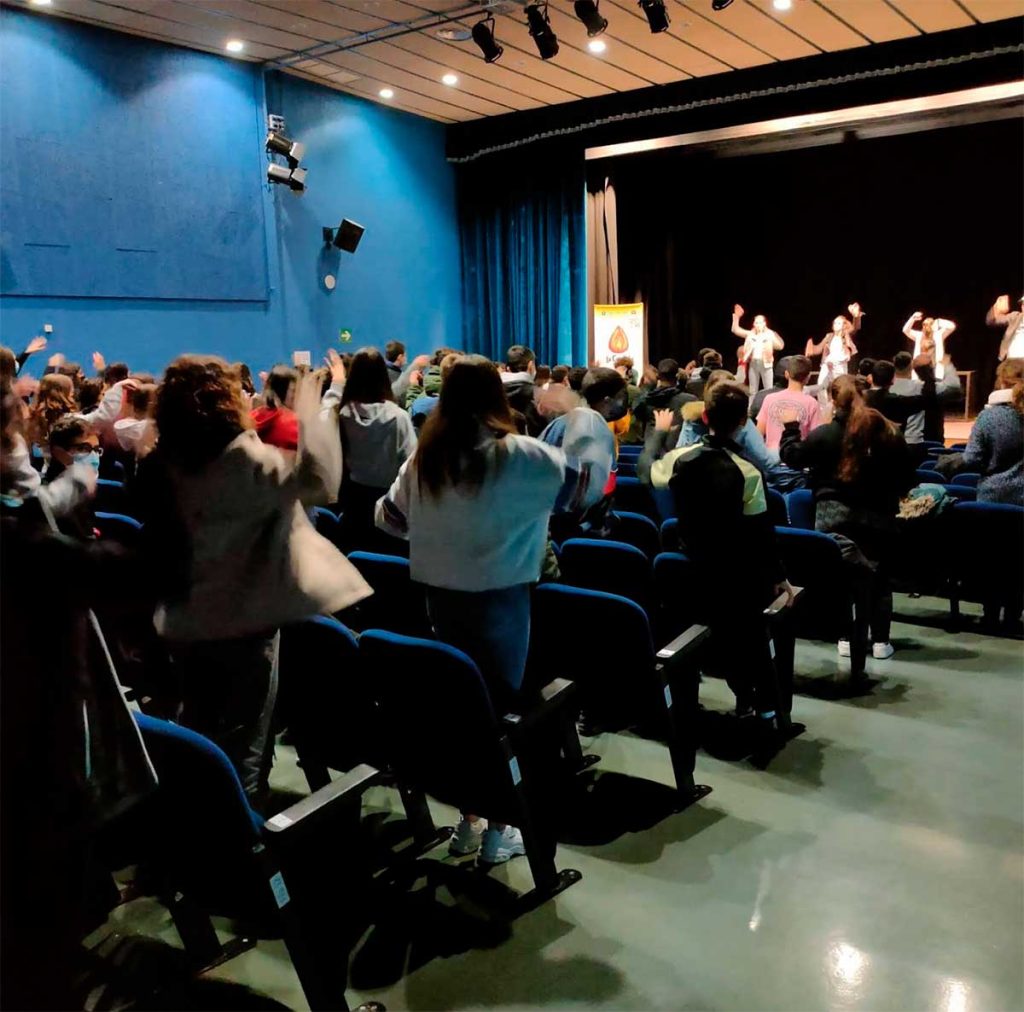 In our Forum theatre plays we talk about issues like racism, gender violence, old age isolation in the villages, the troubles that migrant women face during the asylum reception process -they have to start from zero in a different culture with a different language and different costumes-. All these topics concern us because we´re all a part of the same society and we can´t look the other way.

The scenes we always play show different dramatised situations of inequality that are debated by the audience during the forum to make a change or improve them. In every scene there are two opposed characters: the oppressed -the person who is the victim of injustices- and the oppressor -a person who symbolises the power and plays it by controlling the oppressed one-.

All these situations are not made up. They come from real life. The creation process of Forum theatre is based on a meticulous documentation method. In this moment of the process we do a lot of interviews, we investigate the life and social circumstances of the people that we are going to perform later. Many of these tools come from Documentary theatre. Our purpose is to get closer as much as possible to each social environment to put them on stage in a believable and realistic way.

Many times people are excited or energetic to participate but sometimes people have exactly opposite feelings like shyness, helplessness or rejection when they have to perform. But it’s true that at last, they almost always get brave to be on stage and to improvise.

Basically, we propose an empathy exercise thanks to Forum theatre. Many times, these Forum theatre characters (real life people performed by professional actors and actresses as we´ve just mentioned) are a true reflection of us. A reflection of what we do every day, of people that is near to us and the situations which we stare at. But maybe we don’t dare to do or say something despite the fact that we´re victims too, like characters are.